Searching for how the Universe Works

Fittingly for a self-confessed “nerd from an early age,” Dr. Barbara Jacak is now a senior scientist in the Nuclear Science Division at Lawrence Berkeley National Laboratory (LBNL) after serving as director of the division for six years. Also a physics professor at University of California Berkeley, Jacak says, “The most interesting questions in science are how do things work? How does the universe work? Why is it expanding?”

Her research has focused on quark gluon plasma, a so-called subatomic mix that contains the building blocks of visible matter and mimics conditions believed to exist in the early universe. The plasma can be formed in particle collider experiments in ultra high temperatures (trillions of degrees). Jacak says in graduate school she “was interested in the forces inside the nucleus, but what got me really excited was nuclear matter.” The types of experiments done at colliders and accelerators take two or three years to design, then additional years to build, she adds.

Working at national labs, or doing research at their unique, sophisticated facilities, have been constants for the nuclear physicist. She is now designing experiments for a new collider planned for Brookhaven National Laboratory (BNL) in New York. The Electron-Ion Collider, expected to be finished by 2030, would provide new capabilities for exploring the behaviors of the fundamental particles and forces that bind atomic nuclei together. Despite the long process to build a flagship nuclear facility, Jacak says eventually scientists will have massive data – petabytes (which equals one million gigabytes) of information -- that will lead to hundreds of scientific papers.

Jacak’s work was recognized by the US Department of Energy’s Office of Science in 2019 when she was honored with the Distinguished Scientist Fellow Award. She was one of five scientists from DOE national labs who were inaugural recipients of the award.

An ARCS 2015 Hall of Fame honoree, Jacak was an ARCS scholar at University of California Berkeley in 1975. “I want to thank ARCS. When I was getting started there weren’t many women in science,” she says. The ARCS recognition “told me I could do it.”

She earned her PhD at Michigan State University. Jacak went to Los Alamos National Laboratory for her post-doctoral work, with the lure of an Oppenheimer Fellowship, and stayed there for twelve years in the Physics Division.

When a professor position at State University of New York at Stony Brook opened up, Jacak jumped at the opportunity. The campus was in close proximity to Brookhaven, where she was involved with the PHENIX detector at the Relativistic Heavy Ion Collider. “Nature was kind and provided surprises for us,” she says, referring to the quark gluon plasma discovery. The RHIC collider will be partly integrated with the new collider at Brookhaven.

She describes national laboratories as “incubators for scientific teams. The labs are often called the crown jewels in the US research enterprise, and they really are.” 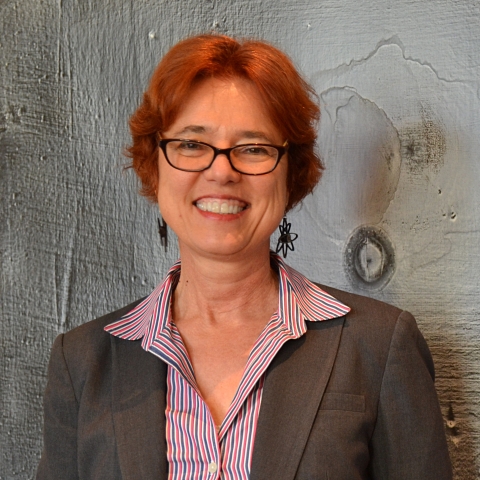