Temi grew up fascinated with her father’s electrical engineering work in Nigeria. After moving to the United States at the age of 15, she chose to follow in his footsteps but found it difficult to cover the costs of graduate school. Then, in 2013, she received both her first ARCS Award and a fellowship from the National Science Foundation. Temi says, “It was so encouraging to have backing from people at foundations who didn’t know me but were willing to support my quest for knowledge. Because of this funding, I was able to stop worrying about money and instead focus on my coursework and research so I could truly make a difference in people’s lives with this technology.”

This article was excerpted from the first ARCS Foundation Annual Report, which highlights the successes and milestones of ARCS Foundation scholars, alumni, members, Chapters, and National. Click here to read more about Temi’s story. 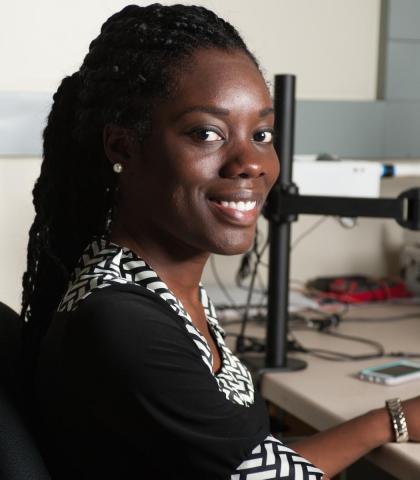