Saving Trees Too Big to Hug

David Mildrexler and Logan Berner became friends as ARCS Scholars when they were both working toward doctoral degrees in Oregon State University’s College of Forestry. Now, despite living a thousand miles apart, the two ARCS Alumni have collaborated on research related to forest ecology.

Mildrexler, in Oregon, reached out to Berner, in Arizona, to contribute to a research study examining the proportion of large-diameter trees (21 inches or greater) on National Forest Lands in the Pacific Northwest, and the disproportionally large carbon storage of these trees compared to smaller ones. The research revealed that these large trees store massive amounts of carbon, highlighting their ecological importance in mitigating climate change.

Although representing only about 3 percent of all trees in the study area, these large trees accounted for about 42 percent of the above-ground carbon storage in the forests, making them significant in the context of a warming climate by keeping that carbon out of the atmosphere. The United States Forest Service has protected these large trees for 25 years, but a proposed policy change would weaken that protection.

“Thinking about the role these large trees play right now and in the next two decades with carbon storage and accumulation is absolutely important,” says Mildrexler, currently Systems Ecologist, Eastern Oregon Legacy Lands and lead author of the paper describing the study. Published in Frontiers in Forests and Global Change in November 2020, the paper concludes that “it would be prudent to continue protecting ecosystems with large trees for their carbon stores, and also for their co-benefits of habitat for biodiversity, resilience to drought and fire, and microclimate buffering under future climate extremes.”

The Forest Service is currently reviewing comments on the draft environmental assessment for the proposed changes to the 21-inch rule. The final assessment and decision on the changes are expected in spring 2021.

Measuring the Effects of Climate Change on Tundra Ecosystems

On being asked to contribute to Mildrexler’s study, Logan Berner said, “David is a world-class scientist, so it was impossible to pass up the chance to work together to better understand the ecological importance of large trees for storing carbon and combating climate change.”

Logan Berner is an assistant research professor in Northern Arizona University, School of Informatics, Computing, and Cyber Systems. His latest research focuses on the impact climate change has had on tundra ecosystems in the Arctic during recent decades. Satellite observations, validated with field measurements, show that nearly 40 percent of the Arctic has become greener, likely due to rapid summer warming, according to Berner.

A short video describes Berner’s Arctic research, which is part of NASA’s Arctic Boreal Vulnerability Experiment. His study was the first to measure vegetation changes across the Arctic tundra using satellite data from Landsat.

Countering Misinformation About the Impacts and Risks of Climate Change

According to Berner: “Recent climate change was primarily caused by carbon emissions from burning fossil fuels, and to a lesser extent from clearing forests. Reducing carbon emissions is the single most important action for slowing the rate of climate change. Individual actions are important, but this is a global problem, and we will only be able to effectively combat it by working together as a global society to implement systemic change. A lot of purposeful misinformation about climate change is often circulated on social media, and thus it is crucial to carefully consider sources of information on the topic.”

Berner suggests the National Climate Assessment as a reliable source on the impacts, risks, and adaptations of climate change in the United States. Reports by The Intergovernmental Panel on Climate Change provide a global perspective on the topic. 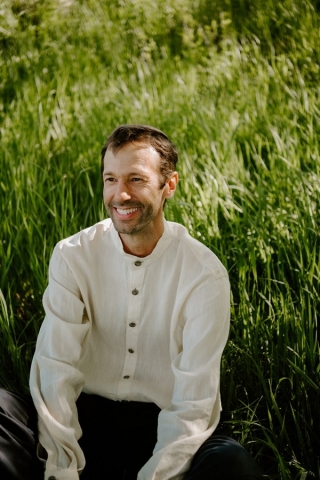