The holiday season brings many beloved traditions. From gift shopping to family gatherings, the season is filled with hustle and bustle. This was the experience of two ARCS Atlanta members, Susie Deyo and Debbie Liss, until their holiday season took on new meaning in 2009.

After watching television news coverage of a holiday program that provided presents to at-risk children in Florida, Debbie and Susie came up with an idea. Instead of giving gifts to children, or raising money, they would create a program that would give children the opportunity to buy gifts, on their own, for their loved ones.

Together Debbie and Susie developed what is now known as Project Gift, a partnership with two Atlanta elementary schools that combines the spirit of giving with personal achievement and accountability. “We believe that attaching real meaning to the act of giving has more impact than simply providing gifts,” notes Susie.

The program is simple: students at participating schools earn points throughout the year based on academic achievement, attendance, personal conduct, and responsible citizenship. The way students accumulate points is intentional. As Susie states, “Project Gift puts everyone on a level playing field.”

Points are used as currency in a “shop” set up by enthusiastic volunteers. On the day of the event, students receive the points they earned during the year. But there’s a catch—they can purchase gifts only for others, not for themselves.

“When students realize they’ve earned the points they’re using to give their family gifts for the holidays,” says Debbie, “they achieve an element of self-esteem. For some, these are the only holiday gifts they’re able to give.”

In addition to the learning that occurs by earning points every day in school, students learn valuable life lessons that will serve them well in the future. When they’re unable to purchase the most desirable items for each member of their family, students quickly realize they will need to work harder next year. “It becomes a lesson that working hard pays off in the end,” Debbie says.

A point of pride for Debbie and Susie is how the program has changed their perception of giving. “I always thought that giving was somewhat one-dimensional,” says Susie. “Write a check, give a gift and it’s done. This program proves that giving has so many dimensions.”

Project Gift has become a rewarding part of both Susie’s and Debbie’s lives, as the children they meet through the program prove that they’re fulfilling their mission.

One particular incident stands out in Susie’s memory. At a 2018 event, the principal of one of the schools pointed out a young boy among the crowd of “shoppers” and said, “See that little boy over there? I’ve never seen him smile.” And there he was with a big grin lighting up his face as he carried a large bag of gifts for members of his family.

“Something we all take for granted means so much to these students,” Debbie adds. “Project Gift is rewarding in so many ways, and I’m proud that we can have an impact on these children’s holidays—and their lives!”

Susie has been a member of the ARCS Atlanta chapter since 1996 and has served in many roles including treasurer. In 2011 she was an ARCS Light award recipient. Since Project Gift has become a reality, Susie has devoted a great deal of her time to its development and expansion, and it is now her passion.

Debbie has served as president of ARCS Atlanta chapter for one year and has been on the National Board for five years, overseeing the ARCS logo redesign. In 2012 she received the ARCS Light award from the Atlanta chapter. She has also been involved in many other charitable organizations, chairing major fundraising events for the Atlanta Symphony, Visiting Nurse, and the Marcus Autism Center. In addition, Debbie is a mediator in the Fulton County Court system. She hopes to expand Project Gift to serve more than just inner-city schools. 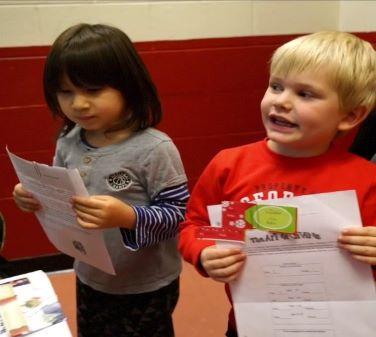