In a town ranked number one best foodie city in America (2018 by CNBC), it can be hard for a restaurant to make a name for itself. However, ARCS Oregon Chapter Member, Anne Weaver, found the recipe for success when she started working at Elephants Delicatessen. With seven locations in Portland, Oregon, including one at the Portland International Airport, the restaurant celebrates its 40th anniversary this year.

“The variety at Elephants is astounding. We offer specialty foods you can’t find anywhere else,” Anne said.

Elephants was established in 1979 with a mission to provide a European culinary experience in Portland by offering items like imported Parisian cheeses and hand-made pasta. Anne joined the restaurant’s staff in 1980 as store manager with her husband, Scott, who was hired as head chef. Their love of food and wine paired with the freedom to be creative in a culinary workspace drew them to the restaurant. Anne is now the CEO.

“We’ve worked hard over the last decades to use our business as a force of good,” Anne said. “We want Elephants to serve as a platform for progressive change in business.” Elephants is a certified B Corporation and has won several awards for their efforts in sustainability.

Today, the restaurant strives to evolve its menu offerings. Chef Weaver loves to explore and develop any food idea, so he constantly tastes new foods and encourages his employees to join in, too. Since starting at the restaurant, he has created more than 5,000 original recipes including the all-time customer favorite, tomato orange soup.

As an ARCS Oregon member, Anne has served on the Oregon board as Co-Vice President of Programs. In addition to her success at Elephants, her time with ARCS has played a big role in her life.

“Being around dynamic and energetic women who are interested in how individual students, higher education in the sciences, and the community at large interact and intersect has been a huge source of inspiration and hope,” Anne said.

On the way through the Portland airport, ARCS members and guests traveling to Portland for ARCS 2019 All Members Conference won’t want to miss the opportunity to experience all that Elephants Delicatessen has to offer. There is also an Elephants just four blocks from the Nines Hotel at Director Park. Click here for a photo archive of the restaurant’s history. 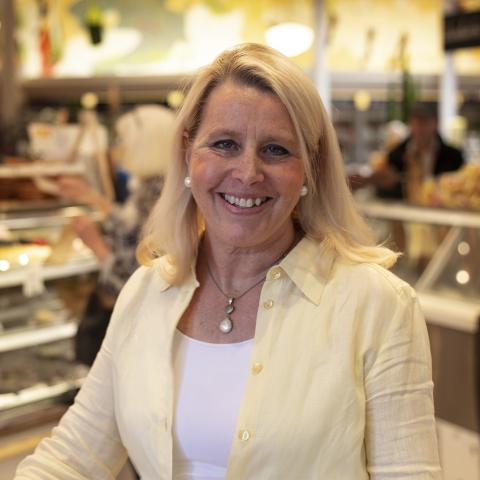