New Leaders Take the Helm of ARCS National Board

ARCS National Board of Directors and Officers announced the new slate joining President Caron Ogg to uphold ARCS vital commitment to advance science and technology in the United States.

Since its inception in 1958, ARCS has provided more than $120 million in academic achievement awards to more than 10,900 scholars to help continue their education and research in STEM fields.

ARCS President Caron Ogg says the new board members will set a course for success for ARCS. “The new National Board Members have an enormous task ahead of them—one they are willing to take on for the sake of US scientific innovation,” Ogg says. “I am proud to be working alongside these women who bring passion and dedication to promote STEM education across the United States. Their work in ARCS will aid US economic growth and technological competitiveness—and ensure US leadership in global scientific advancements, health, and quality of life.”

ARCS Foundation National Board Members will introduce a new task force this year focused on creating diversity, equality, and inclusion within the organization. ARCS members will be meeting with a multitude of constituencies, including ARCS academic partners, to spark in-depth discussions on the topic.

A complete list of ARCS Board of Directors and Officers, plus the names of new additions to the Council of Presidents and Council of Advisors can be found on the website. 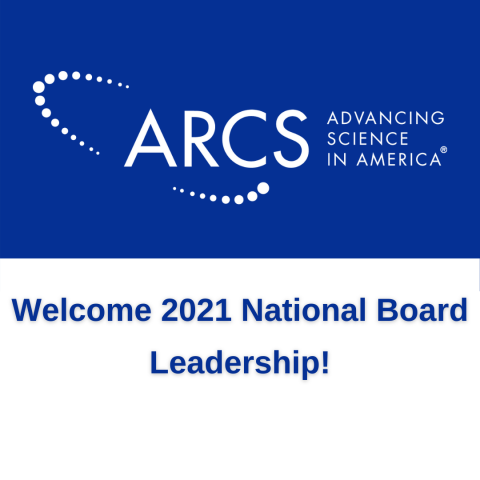