In Memory of Dorothy “Dottie” Simpson

Dorothy (Dottie) Lewis Simpson (11/27/1924 – 2/12/2018) was born in Bronxville, NY, to a family that strongly believed in the value of education. Her mother, Francis, graduated from Wellesley College in 1920 and her father, Harold, from West Point in 1918. Her parents knew that their two daughters were capable of anything. These principles of education and opportunity guided Dottie’s life for 93 years.

Growing up in Miami in the 1930s, Dottie could be found swimming, horseback riding, or playing football with the neighborhood boys; after all, she owned the football.  Later, she attended Duke University, graduating in 1946 with a major in mathematics and served as Student President of The Woman’s College.  At age nineteen Dottie got her pilot's license so that she could become a WASP in World War II. The war ended before she had the opportunity to serve, but her desire to fly was still strong, so Dottie opted for the next best thing available to her generation, to work as a stewardess. She flew for Pan American Airways and moved to Seattle in 1949, where she met her future husband Hunter Simpson. She was changing the oil in her 1936 Ford when Hunter came to sell Dottie and her housemates a sailboat — sailing became a lifelong pastime. They would spend many summers in Desolation Sound with family and friends. The two married in 1951, but not until she traveled the Yukon River in an 18’ riverboat with a fellow stewardess and flew around the world.  At 76 she would ride in a Russian MiG 25 to 80,000’ at Mach 2.4 and at 80 she was recognized by the Guinness Book of World Records as the oldest woman to have experienced weightlessness.

The family returned to the Northwest in 1961 after a few relocations as Hunter’s career at IBM progressed and Dottie settled in to become a force in the Seattle community. Her passion for arts, science and education combined with her conviction that women belonged in all aspects of society led to a journey in leadership roles on many nonprofit boards. In her desire to better serve these boards she returned to school and in 1982 earned her MBA from the University of Washington’s Foster School of Business. Seattle Junior Programs, Seattle Repertory Theatre, MOHAI, Pacific Science Center, Seattle Art Museum, The Museum of Flight, The ARCS Foundation, the University of Washington and Duke University all benefited from her active involvement and guidance, often at the executive level. Many will remember her for never taking “no” when campaigning for an organization or cause in which she truly believed. She and Hunter were the first recipients of Gates Volunteer Service Award in recognition of their philanthropy and service.

Dottie was deeply committed to championing women in sports. She was an outspoken advocate for Title IX and the development of strong and independent women. She was an original minority owner of Seattle Reign, the city’s first professional women's basketball team, as well as a passionate supporter of the women's crew teams at the University of Washington and Duke University.

Dottie deeply instilled the values of community service, education and opportunity in her close-knit family, who will carry on her legacy of goodwill. She is preceded in death by her husband W. Hunter Simpson, and grandson R. Hunter Simpson. She is survived by a son, Brooks Simpson (Kathy), daughters Anne Simpson (Charlie Conner) and Chris Brent (Bruce), and grandchildren Hailey Simpson (Mike), Blake Simpson, Eric Hagfors, Kirsten Millar (Dave), Leisa Brent, Wyatt Brent.

The family would like to acknowledge and thank Dottie’s “Team” — Michelle, Diane, Ruth, Faith, Carol and Maui.

In lieu of flowers, donations can be made to any of the organizations mentioned above or a charity of your choice.

Celebration of Life 5 pm at the Mercer Island VFW Hall

Dottie's advice was sought by many and her wise counsel will be truly missed by all who knew her. 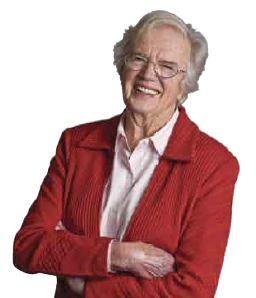