Pittsburgh Chapter founding member Cecile Springer has always had a passion for service.

Her spunk, tenacity, and zeal for volunteerism and charitable contributions was recognized when she was presented with the Special Lifetime Achievement Award from the Association of Fundraising Professionals Western Pennsylvania Chapter. This award recognizes individuals who serve as role models for philanthropy through their history of sustained volunteerism and financial giving. They are also active in passing along the value of philanthropy to future generations."

Springer’s notable philanthropic involvements include participating in the Race and Reconciliation Dialogue Group and the League of Women Voters; serving on the boards of Pennsylvania State University, Carlow University, and Slippery Rock University; and chairing the Women and Girls Foundation of Southwestern Pennsylvania, a mentoring organization she founded in 2003.

ARCS Foundation was a natural fit for Springer. She was a research chemist with Bristol-Myers pharmaceutical company before joining Westinghouse Electric Corporation, first as manager of production development, and later as president of Westinghouse Foundation. When she was named president of the foundation, she became the first African American female to head a major philanthropic institution in the region.

Springer remembers the movement to found the Pittsburgh Chapter in 2003:

“While working in the community, a group of us became aware of a need for women to become leaders in science. So, we decided to band together and become models. I was able to use my corporate background and community involvement to fill in where they needed leadership.”

“Cecile was an indispensable force in starting the Pittsburgh Chapter of ARCS Foundation,” says fellow charter member Jeanne Berdik. “Her stature in the community, particularly in the foundation and nonprofit sectors, was invaluable in attracting both membership and outside support for this new idea and establishing the chapter's credibility. The early success of the Pittsburgh Chapter owes her a great deal.”

“Achievement Rewards for College Scientists [ARCS] means a lot to me,” Springer told chapter members when she accepted the award in 2019. “As a young chemist and then a leader in various areas in our community, I’ve been such a proponent of women in science that ARCS was a natural opportunity for me to continue that support." 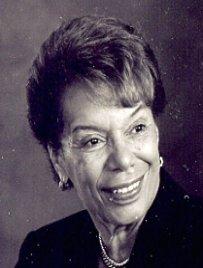