A fresh sense of energy is flowing through ARCS San Diego Chapter. The Chapter recently celebrated a major milestone: distributing more than $10 million in local scholar awards over its 35-year history, while maintaining an endowment of more than $2.5 million. How did they do this? The answer lies in personal connections, social and educational interactions, and inspirational leadership and passion.

Growth and Retention Through Personal Connections

As ARCS San Diego looks toward 2020 and its official 35th anniversary, Chapter President Holly Heaton believes the catalyst for the continued growth of the Chapter is in “creating lasting connections through member experiences.”

Before her appointment as President, Heaton served as the San Diego Chapter’s Vice President of Membership in 2018. Her work with the committee led to more than a dozen new members.

Despite this surge in newly recruited members, Heaton says retention requires continued effort, adding, “If you don’t recognize your donors, founders, and members, then you won’t keep them.” To aid the recruitment and retention efforts, the Chapter writes personal communications to members and holds luncheons in communities where members live.

ARCS San Diego also maintains members and donors by hosting two social events each year. These events range from educational tours and field trips with scholar alums to lectures with dynamic speakers in the STEM arena. One event, named after the novel The Perfect Predator, featured the book’s author, Steffanie Strathdee, PhD, as keynote speaker. A San Diego resident and one of TIME magazine’s 50 Most Influential People in Health Care in 2018, Strathdee recounted the story of how she raced against the clock to find a bacteriophage, a ubiquitous virus, which would fight an antibiotic-resistant bacterium that had infected her husband. ARCS San Diego gained two new members through this event.

Heaton is also working to relocate chapter events from hotel ballrooms to more interactive spaces that are relevant to ARCS mission and, to the extent possible, to scholar alums. For example, the chapter will host its 2020 Scientist of the Year fundraiser at the San Diego Natural History Museum. She further plans to align speakers with the chosen venues as an opportunity to show how the mission lives on through scholar alums.

Heaton’s goals are based on personal experience. She became a member of the San Diego Chapter after attending the chapter’s Scientist of the Year dinner in 2010. ARCS Foundation appealed to her background in healthcare and interest in the sciences, she says. The inspiration for her leadership and passion for growing the chapter, however, was spurred through the relationships she has made. “Getting to know the wonderful women that work so hard for this organization has made promoting the cause all the more worthwhile.”

“Surpassing $10 million in scholar awards shows the determination of this group of volunteer women,” says Heaton. “Advancing scientific competitiveness is our mission, and funding the research of these outstanding young people is our way of achieving this vision for the future.” 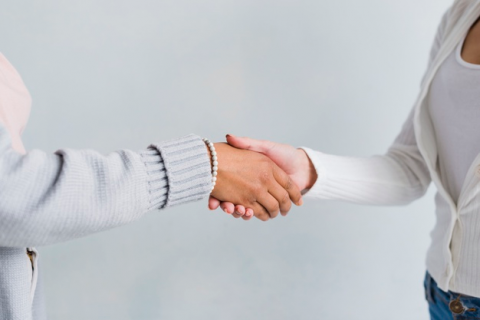