LaGrange, GA. December 9, 2019 - Supporting promising young scholars in basic research early in their careers, ARCS Foundation Scholar Awards are nationally recognized for their impact on ensuring the strength of the STEM pipeline, which is fundamental to an innovative and growing US economy. Because most government funding focuses on science in its developed stage, ARCS fulfills an essential role in ensuring that young scientists may confidently pursue the basic research that is vital to scientific discovery.

In September 2019, ARCS Foundation released its fiscal year 2019 Annual Report—“Forging the Path to Scientific Discovery.” The report presents the nationwide investments and achievements of the organization’s 15 regional chapters during the 2018–19 academic year and highlights several key accomplishments:

Since founding the Los Angeles chapter in 1958, ARCS has practiced a regional, chapter-based model of philanthropic investment, which has enabled significant local funding support. Members regularly interact with top-ranked university departments during the academic year and personally encourage the careers of young scientists selected annually for the prestigious ARCS Scholar Award.

Of particular note is the foundation’s approval in 2019 of three interdisciplinary programs for funding. These programs take a diversified approach to research that allows scholars to experience both traditional and social or clinical coursework, leading to enhanced understanding and potentially to new discoveries. The newly approved programs are offered by existing academic partners—University of California, Santa Cruz; University of Georgia; and University of Washington.

The 22-page report presents data that highlight the annual reach of ARCS funding, as well as the university departments and scholars served. The data are accompanied by history and context, enabling those not yet familiar with the organization to gain an overview of the diverse aspects of its scholar-focused activities and the evolution of its funding model.

Illustrating the results of its investments, the report features ARCS Foundation Scholars such as Anna Morris (Emory University: immunology), Rigo Cintron-Colon (Scripps Research: neurobiology and physiology of temperature regulation), Lizzy Crist (University of Minnesota: biomedical engineering), and David Diaz (University of Washington: environmental and forest sciences)—all working on the frontiers of their respective fields of discovery. 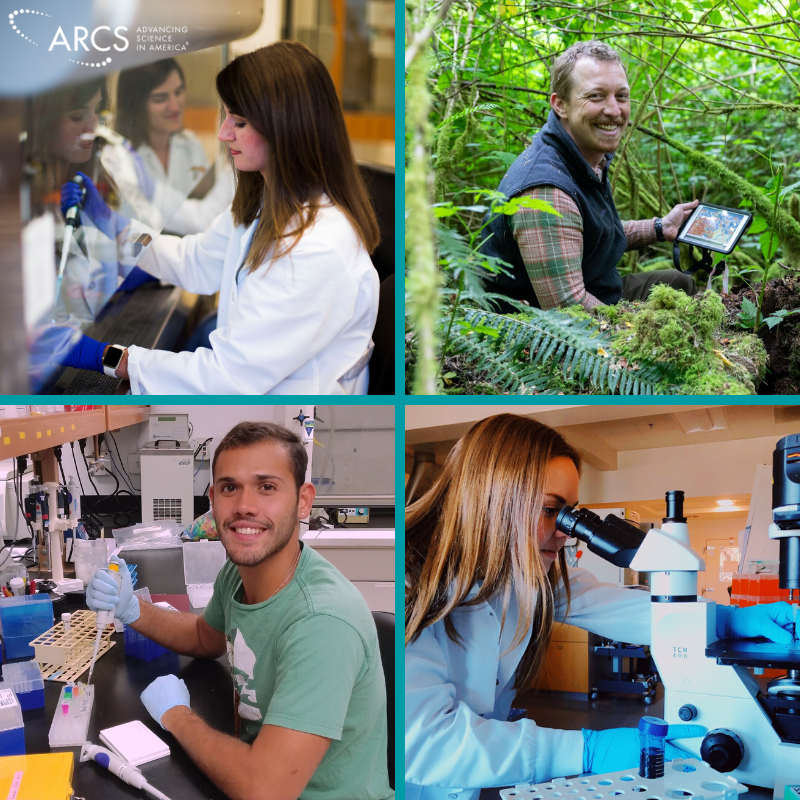 The impact of ARCS support is also reflected in the ARCS Alumni Hall of Fame, which recognizes renowned scientists, including 2019 inductee Peter J. McDonnell, MD, who is the Director of The Johns Hopkins University Wilmer Eye Institute, the largest ophthalmology center in the United States, and who holds seven ophthalmologic patents. All inductees reaffirm the breadth of scientific fields that ARCS Foundation supports, as well as the interdisciplinary, collaborative opportunities ARCS scholars have both regionally and nationally as a result of the award.

“ARCS Foundation continues to pave the way for scientific discovery and pivotal, groundbreaking research,” says Andi Purple, ARCS Foundation Past National President 2017–19. “With each financial graph and scholar photo, this annual report gives testament to the commitment of every chapter and its members to increasing US scientific competitiveness worldwide.”

To view the digital version of the 2019 Annual Report, follow this link. 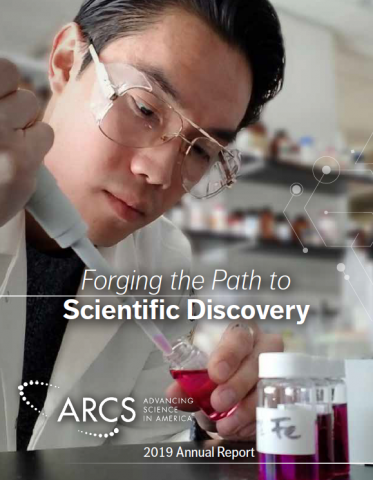