PHOENIX, A.Z., January 11, 2019 – At the National Board Meeting in Arizona, ARCS® Foundation announced that Dr. Peter J. McDonnell, Director of the Wilmer Eye Institute at the Johns Hopkins University School of Medicine, has been selected for membership in ARCS Alumni Hall of Fame.  Dr. McDonnell is an international leader in corneal transplantation, laser refractive surgery and the treatment of dry eye.

Dr. McDonnell holds seven patents and has published an excess of 250 scientific works. He has been with the Wilmer Institute, the largest ophthalmology department in the country, for more than 30 years. With a keen interest in laser-based surgery and corneal disorders, four of Dr. McDonnell’s patents focus on laser-based methods and how they can reshape the cornea of the eye. His techniques focus on non-contact methods that are more efficient than prior technologies, thus enhancing the patient’s experience during procedures.

Dr. McDonnell has been elected to many professional societies which aim to improve both ocular research and treatment worldwide. One notable organization, the Academia Ophthalmologica Internationalis (AOI), selected Dr. McDonnell to fill one of only one-hundred seats open for membership. He was also recently honored by the American Academy of Ophthalmology with its Honor Award and Senior Achievement Award.

Dr. McDonnell was sponsored as an ARCS Scholar by the Metro Washington Chapter in 1981 and ‘82 at Johns Hopkins University where he received his MD.  Upon receiving this ARCS Foundation Alumni Hall of Fame award, he thanked ARCS Foundation for setting the stage for his career growth all those years ago.

“The encouragement that I received 30 years ago from ARCS, a group of women I didn’t know who simply wanted a young scientist to thrive while doing science, inspired me to continue in the joy of scientific discovery,” said Dr. McDonnell. “It helped steer me to my ultimate academic career path as a physician scientist and educator. I have always been grateful for that early encouragement, and it is my privilege and my honor to have earned a position in ARCS Alumni Hall of Fame.”

Inductees to the Hall of Fame are ARCS Scholar Alumni who have made outstanding contributions to the advancement of science and to increase our nation’s scientific competitiveness. These alumni are selected by a panel of ARCS Foundation national advisors and board members. Selections are based on alumni contributions in the areas of scientific innovation, discovery, economic impact, development of future scientists, and communication of the importance of U.S. scientific superiority.

“It is truly our pleasure to welcome Dr. McDonnell to the distinguished ARCS Alumni Hall of Fame,” said Andi Purple, national president of ARCS Foundation. “His innovative and resounding work validates the mission of ARCS and reminds us how important it is to foster education and fund the best and brightest students in STEM fields.”

As a member of ARCS Alumni Hall of Fame, Dr. McDonnell joins the company of other outstanding alumni who received ARCS Foundation funding to support their education in past years.

About ARCS® Foundation: ARCS Foundation is a national nonprofit volunteer women’s organization that promotes American competitiveness by supporting talented U.S. citizens working to complete degrees in science, technology, engineering, mathematics (STEM) and health disciplines at 49 of the nation’s leading research universities. Since 1958, the organization has awarded more than $110 million to more than 10,000 students. ARCS Scholars have produced thousands of research publications and patents, secured billions in grant funding, started science related companies, and played a significant role in teaching and mentoring young people in the STEM pipeline. More at www.arcsfoundation.org. 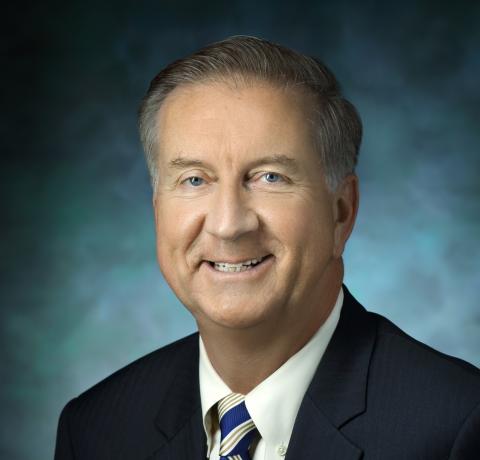