"ARCS Foundation has been a wonderful part of my life after retirement" states Kathey Plenge, the Phoenix ARCS Light of 2019.  A native of Tennessee, Kathey graduated from the University of Tennessee College of Medicine in 1964 and did her Neurology Residency at the Barrow Neurological Institute in Phoenix, Arizona where she practiced until retirement in 2001.  She achieved a Diplomate, American Board of Psychiatry and Neurology, and Fellow, American Academy of Neurology.  She was Medical Director of the Neuro-Rehabilitation Unit of the BNI and served on the Arizona Governor's Advisory Council of Spinal and Head Injuries.  Kathey was the first woman President of the Maricopa County Medical Society in 1994 and served in many capacities in the MCMS and the Arizona Medical Association.  In 2003, the YWCA: Tribute to Women gave her the Scientist-Researcher Award.

Nancy Spetzler invited Kathey to join Phoenix ARCS in 2002, which she accepted enthusiastically.  Since that time she has served as Chair of Fund Development, Vice President of University Relations, Hospitality Chair, Chair of Public Relations, Vice President for Field Trips and Chair of the Fall Benefit Speaker Series.

In addition to  ARCS Foundation, Kathey is a Master Docent at the Phoenix Art Museum.  Other passions include Duplicate Bridge and piano lessons.  Kathey and her husband, Robert, have lived in Paradise Valley, AZ for 50 of their 52 years of marriage.  They have two children, both of whom are physicians, and six grandchildren.  Both families live a block apart in Wellesley, MA, which makes it convenient for Kathey to perform another valued job as the "Traveling Grandma". 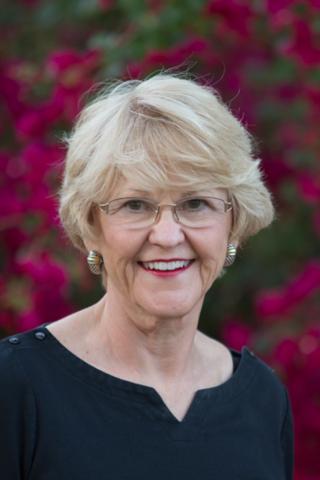