Not many people can point to the one decision that altered the direction of their life, but Dr. Peter Kilpatrick can - and it was winning the ARCS Scholar award in 1974.

“The ARCS scholarship made a difference in my education and in my life,” Kilpatrick says.

As an undergraduate, Kilpatrick enrolled at Stanford University to study chemistry but ran into a financial obstacle. Kilpatrick says that is when a friend introduced him to ARCS Foundation, and to Occidental College in Los Angeles, California.

After winning the ARCS Scholar award as an undergraduate, Kilpatrick realized the funding would cover his tuition at Occidental College, so he switched schools. That decision not only led him to meet his wife - but also shifted his studies to chemical engineering and put him on the track to academic leadership.

“It's pretty easy to draw a straight line from the ARCS scholarship to the whole trajectory of my life,” he said.

Decades later, Kilpatrick once again found himself associated with ARCS when he served as the Provost and Senior Vice President of Academic Affairs at the Illinois Institute of Technology (IIT). The ARCS Alumnus has worked at the institution for the last four years but only recently discovered Illinois Tech was an ARCS Academic Partner since 1982. Kilpatrick says he was excited to learn about the partnership.

While he will soon be moving on to his most challenging role yet as President at The Catholic University of America, Kilpatrick plans to revitalize the relationship between IIT and ARCS before he leaves by advocating for the standard of excellence achieved by ARCS scholars nationwide.

“ARCS is a wonderful program, it has a great brand, and I think it can help our university really flourish,” he said.

Despite leaving IIT, Kilpatrick hopes to leave the IIT / ARCS academic partnership stronger than when he arrived. He also plans to create more member engagement with ARCS as well. 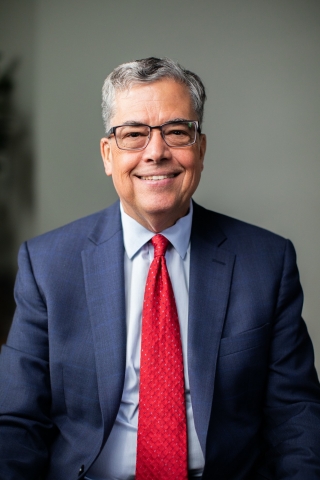