Radio Astronomer F. Peter Schloerb, PhD, has earned his place in ARCS Foundation history. In February 2021, Dr. Schloerb became the twelfth member of ARCS Alumni Hall of Fame. “I am excited and humbled by this nomination,” Dr. Schloerb says. “I feel very proud to have been recognized in this way.”

ARCS Foundation National honored Dr. Schloerb for his leadership and vision in the concept, design, and construction of the Large Millimeter Telescope (LMT) Alfonso Serrano, which played a significant role in capturing the first direct visual image of a black hole in 2017 and confirmed Einstein’s theory of relativity.

Dr. Schloerb is the UMass Director of the Large Millimeter Telescope Alfonso Serrano (LMT), a joint project between UMass Amherst and Instituto Nacional de Astrofísica, Óptica y Electrónica in Mexico. A planetary scientist who specializes in radio astronomy in the College of Natural Sciences at University of Massachusetts Amherst, Dr. Schloerb is also a professor of astronomy and director of the Five College Radio Astronomy Observatory (FCRAO).

He completed his most significant work through the LMT, described as the largest, single millimeter-wave antenna radio telescope in the world, according to Dr. Schloerb. The telescope, which is 50 meters long—the length of an Olympic swimming pool— cost $180 million to build.

According to Dr. Schloerb, the surface of the telescope is designed to be “active,” with 180 surface segments that are computer-controlled and constantly repositioned to maintain the shape of a parabolic mirror.

The LMT is an instrumental component in the Event Horizon Telescope (EHT), a network of scientists at 60 institutions in 20 countries, which links eight strategically placed telescopes around the globe. By synchronizing each telescope using a matrix of atomic clocks, EHT creates a virtual telescope as large as Earth, with unprecedented sensitivity and resolution never before achieved from the surface of our planet.

Years of collaboration among Dr. Schloerb and the international team of astronomers paid off on April 10, 2017, when the EHT captured a close-up image of a black hole in the center of a galaxy 55 million light-years away.  The black hole appears as a dark shadow marking the location of its event horizon, the point where matter and energy can no longer escape and disappear forever. The direct image of the event horizon provides an important test of Albert Einstein’s theory of general relativity.

“The image was exactly what everybody was looking for,” Dr. Schloerb remembers. “The light emitting from material around the black hole was bent around it, and you could see a dark shadow [the black hole] in the middle of it all. It was quite amazing!”

The glimpse of the black hole was revealed publicly in April 2019 and garnered prolific honors for Dr. Schloerb and the EHT collaboration, such as the 2020 Breakthrough Prize in Fundamental Physics, also known as the “Oscar” of scientific awards.

The black hole image was not Dr. Schloerb’s first team collaboration in creating scientific history in space. He participated with the European Space Agency’s Rosetta Orbiter Science Team in 2016 when it became the first to orbit a comet and land on a comet’s nucleus. Dr. Schloerb analyzed data from one of three US instruments aboard the spacecraft, known as the Microwave Instrument for the Rosetta Orbiter (MIRO).

Back in Mexico, Dr. Schloerb and his team are working to enhance the LMT with the hope of creating movies of black holes to show how they change over time. Because of its large aperture and central geographical location atop a vacant volcano, the LMT has been critical to the success of the Event Horizon Telescope array.

In September 2020, a UMass team led by Dr. Schloerb received a three-year, $5 million award from the National Science Foundation (NSF). The funding will bring new instruments online to enhance LMT’s ability to deliver “strong scientific results,” Dr. Schloerb says. For the first time, the NSF grant will also offer access to the LMT for astronomers from any US institution.

Join LMT Director David H. Hughes on an interactive 360-degree virtual tour inside and around the LMT in Mexico.

Read the media release about Dr. F. Peter Schloerb’s scientific accomplishments and their impact within the global scientific community and beyond. 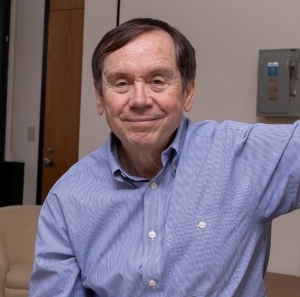