ARCS Alumni go on to make outstanding contributions to the advancement of science and to our nation’s competitiveness. As evidence of ARCS Foundation’s impact, alumni develop new therapies, secure patents for important technologies, start innovative companies, become national science leaders, and push discovery forward. In addition to making great contributions to our world through their research, some ARCS Scholars Alumni go a step further to advance the future of science in the United States by choosing to mentor ARCS Scholars. One such Scholar Alum is Dr. Neeraj Gandhi.

"Raj is deeply invested in the success of his trainees,” said ARCS Pittsburgh Scholar Michelle Heusser and Dr. Gandhi mentee. “By sharing his wealth of experience in performing neuroscience research, he has helped cultivate my interest in understanding how the brain processes visual information and generates eye movements. His constructive mentoring style alongside the support I have gained from the ARCS Scholar Award have both been major contributors to my positive experience as a doctoral researcher.”

In the 1990s, Dr. Gandhi was an ARCS Scholar at the University of California San Francisco/University of California Berkeley through a joint bioengineering program. He understands the importance of the ARCS Scholar award. “Financial support for pre-doctoral trainees exists but studies often leave students with more financial strain than the funding available,” remembers Dr. Gandhi. “ARCS Scholar Award was incredibly useful in alleviating some financial stress I experienced as a graduate student in the Bay area and allowed me to focus more on my research.”

Dr. Gandhi, now a professor of bioengineering at University of Pittsburgh Swanson School of Engineering, recently received a $1.5 million award from the National Institutes of Health to explore how the human brain perceives moving objects. The goal is to understand how our vision compensates for the lag in time when the world around us keeps moving. This research will have diagnostic value for deficits resulting from disease. As he works to answer this and many more questions related to the cognitive and motor processes that produce integrated orientating behavior, Dr. Gandhi is mentoring the next generations of ARCS Scholars in his Cognition and Sensorimotor Lab at the university. “I believe in the mission of ARCS,” said Dr. Gandhi, when asked about his commitment to future scholars and active involvement in ARCS Foundation. “I want to support this mission by sharing my experience both as a scientist and as an ARCS Alumnus with future ARCS Scholars.” 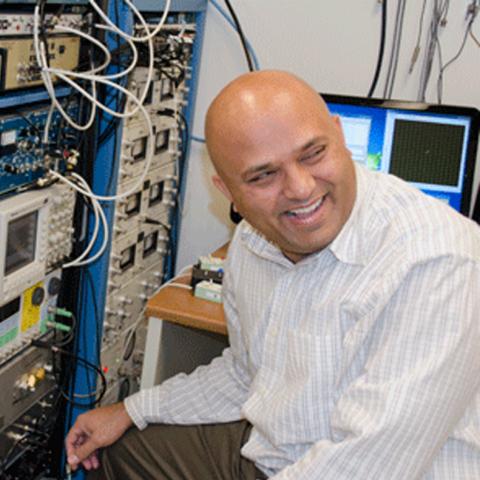