The tenth campus, and newest of the University of California system, UC Merced has proven itself as a leading STEM research university. Founded in 2005, the campus was unanimously approved by the ARCS Foundation Board of Directors for scholar award funding. Three departments were approved by ARCS – Environmental Systems, Physics, and Cognitive and Information Sciences. The first scholar awards for graduate students in those programs will be given in fall of 2022.

The campus is located in the San Joaquin Valley, California’s fastest growing region, with a population of four million residents. Caron Ogg, ARCS National President, says “The board was extremely impressed with UC Merced’s high academic ranking, excellence in research, and its dedication to serving a diverse student body.”

“We are honored to be named an ARCS partner,” states UC Merced Chancellor Juan Sanchez Munoz. The approval “demonstrates the organization’s confidence in our emergence as a preeminent national research institution.”

The process for approval as an ARCS university partner is rigorous. It includes evaluating the strength of graduate degree programs, faculty size and quality, national rankings, and national research grant funding, among other criteria.

R1 status is the top ranking for research universities that meet benchmarks across ten indicators, including research activity and expenditures.

The Environmental Systems graduate program at UC Merced trains students to tackle problems facing the planet – water, soil, climate energy, and resources – by viewing the Earth as an integrated system.

The Physics graduate program includes research in the traditional disciplines of physics, and related interdisciplinary areas.

The Cognitive and Information Sciences (CIS) PhD program offers students interdisciplinary training in cognitive science with an emphasis on computation, technology, and applications.

UC Merced’s presence in the San Joaquin Valley is helping to address low levels of educational attainment in the region. UC Merced leads the UC system in the percentage of students from underrepresented ethnic groups, low-income families, and families whose parents did not attend college. It has the most diverse student population body of any University of California campus.

ARCS is committed to the advancement of science in the United States by financially supporting outstanding graduate students in science, technology, engineering, math, and medical research disciplines.

To date, the women-led organization has awarded more than $120 million to over 10,000 ARCS Scholars in top-rated STEM programs at leading US universities. 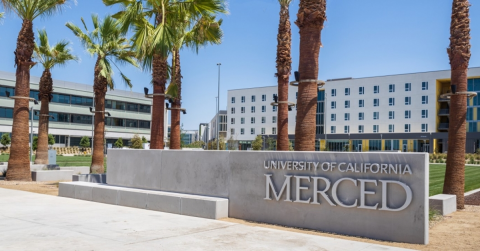