With a 20- year career in engineering at Lockheed Martin, Robinson’s unique appreciation for ARCS Foundation’s mission and scholars is what drew her to become involved nearly 6 years ago.  “I was immediately impressed with ARCS members’ dedication to the mission of advancing STEM education and research,” she said.  “Given my own background as an engineer and work with younger students in robotics, I know firsthand how critical it is to support the pipeline of talent our scholars represent.”

Robinson has served in several leadership roles within the MWC, including the Vice President of Membership.  “Our members’ diverse experience and talents are invaluable both to the organization and the scholars we support,” she says.

Goals for the chapter during Robinson’s term as co-president include growth for membership, engagement with partner universities through scholar mentorship, and continuing to foster deep relationships with new and existing donors.

MWC, originally founded in 1968, has funded $7.6 million in scholar awards over the last 50 years.

“Danielle is a great addition to the leadership of the MWC Chapter,” said ARCS Foundation National President, Sherry Lundeen.  “As an engineer, she can easily connect with scholars and she brings a unique passion for the mission of this organization as she has lived it firsthand.”

MWC is just one of 15 ARCS Chapters nationwide.  For more information, please visit the ARCS website. 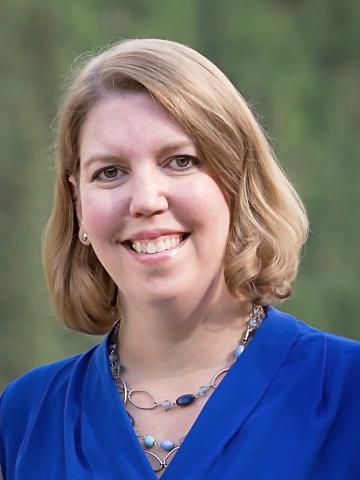