The “Voice” of Climate Science Research

According to climate experts, the western United States could be heading into a “mega-drought.” ARCS Scholar Alumnus Daniel Swain is using his research to determine when it will happen—and why.

As a well-known climate scientist and research fellow at the National Center for Atmospheric Research, Swain is recognized among fellow scientists, weather enthusiasts, and the media for his work in global warming and its effects on climate change and extreme weather phenomena.

Swain was quoted as an authority in an April 2020 San Francisco Chronicle story on a study about the potential for a “mega-drought” hitting California and the western US. According to researchers, the drought will occur as a result of increased warming brought on by climate change with no decrease in precipitation. Swain, who is also an assistant researcher at UCLA and a climate fellow with The Nature Conservancy in California, was not involved in the study, but he says the conclusions mirror his own research.

“This study’s conclusions have important implications for water and flood management in a warming world, since it suggests that a drought may intensify even in places that see heavier than normal rainfall events, which complicates historical water-management practices,” he explains.

Since 2013 Swain has been interviewed more than 100 times every year by media outlets, including The New York Times, The Washington Post, TIME magazine, National Geographic, NPR, CNN, and The Weather Channel. He was also named the “Must Follow” Social Media Meteorologist / Climatologist by Forbes magazine in 2016.

Being the “voice” of climate science research is not new for Swain. He says his “nontraditional” job in three separate agencies allows him to mix scientific research and communication as a self-proclaimed “atmospheric and climate scientist media liaison.”

Swain says the interaction is mutually beneficial. “It’s helpful for me as a scientist ascertaining what’s relevant in society, and it gives me new questions to ask. … We really need more, not less, distillation of science in service of society in a way that’s intelligible.”

Swain also comments on California weather and current climate events daily via a blog called “Weather West” and his Twitter account. He shared his latest scientific research examining the parallels of California’s atmospheric river storms and increase of extreme precipitation in a warming climate. The article was published in the July 2020 issue of Science Advances, a peer-review journal.

Swain hopes to see more scientist communicators engage with audiences and policymakers. “We need to clarify the data to make sure the facts and statistics are used in the correct context when we disseminate information to the public,” he remarks.

His current role as a media liaison and climate scientist was achieved in part due to an ARCS Scholar Award he received in 2015 while obtaining a PhD in Earth system science at Stanford University. He says the award helped him complete his research in character and causes of changing North Pacific climate extremes. “It was one out of five years of funding for me at Stanford that bridged a financial gap. It was a timely boost in the latter half of my PhD process.”

Swain has won several awards throughout his career, including the NASA Ames / AIAA Galileo Memorial Scholarship and the Guillermo Salazar Rodriguez Undergraduate Scholarship from the American Meteorological Society. 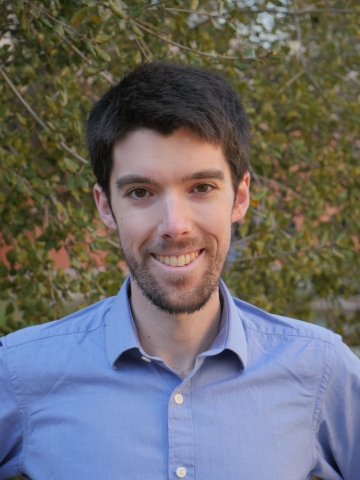